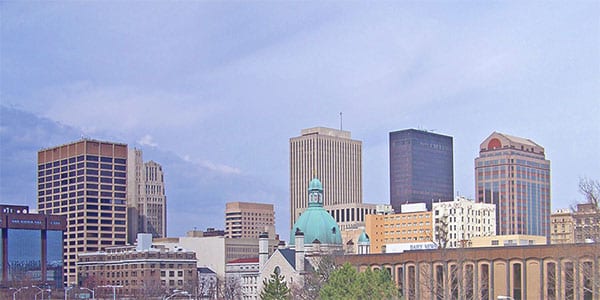 Springfield Heating & Cooling is proud to serve Dayton, Ohio, and surrounding areas. We offer Dayton area residents high-quality Heating, Cooling, and Indoor Air Quality products and services for homeowners on all types of budgets. This means we have the prices you want, the service you need, and the comfort you deserve.

We offer around-the-clock local emergency HVAC repair services 365 days a year, including holidays. During the wintertime, we also offer emergency furnace repair. Need a tune-up? We offer A/C and furnace maintenance to make sure you’re ready for the upcoming season. We service all brands of HVAC equipment in Dayton, OH, such as Amana, Trane, and more! With our stress-free and quick scheduling options, we are here to help you. Experience the Five Star Difference with Springfield Heating & Cooling!

Conveniently positioned between Columbus and Cincinnati, Dayton, Ohio is 26 miles from Springfield. Dayton is the 6th largest city in Ohio. Greater Dayton‘s population is roughly 150,000, making it the 4th largest metropolitan area in Ohio.

Dayton is noted for its association with aviation. The city is the birthplace of aviation pioneers, The Wright Brothers, the inventors of powered flight.

Sports fanatics will love visiting Dayton with is close proximity to Columbus and Cincinnati. There’s plenty of major sports teams and games to catch in the area. Visitors can soak in the historic elements of Dayton by visiting the aviation museums.

Five Star Heating & Cooling Group Rated 4.8 out of 5 stars based on 9 customer reviews

The workers were friendly, knowledgeable and hard working.

Friendly & Professional from Start to Finish

From scheduling the initial appointment to getting an estimate, figuring out payment, and completing installation, the Five Star team deserves five stars! Very happy with the service I received from every representative I interacted with.

All in one (great service, fair price and great quality)

Toby and his team provided exceptional service and care

The guys called ahead at 9 AM with estimated arrival time. They were here just a little ahead of estimate. All 3 were appropriately dressed with company logo visible. They were: - friendly - efficient - good workers - professional And they did good work. Also the final bill was exact with no surprises. Very pleased with everything, especially the price!

Hassan was very friendly and informative

Technician was able to decipher our problem from the history we provided. He was polite and pleasant. He was able to clean out the affected area of ou