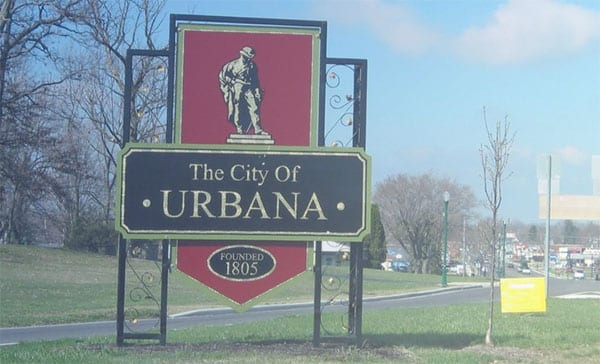 Springfield Heating & Cooling is proud to serve Urbana, Ohio, and surrounding areas. We offer Springfield area residents high-quality Heating, Cooling, and Indoor Air Quality products and services for homeowners on all types of budgets. This means we have the prices you want, the service you need, and the comfort you deserve.

We offer around-the-clock local emergency HVAC repair services 365 days a year, including holidays. During the wintertime, we also offer emergency furnace repair. Need a tune-up? We offer A/C and furnace maintenance to make sure you’re ready for the upcoming season. We service all brands of HVAC equipment in Urbana, OH, such as Amana, Trane, and more! With our stress-free and quick scheduling options, we are here to help you. Experience the Five Star Difference with Springfield Heating & Cooling!

Settled in the heart of Champaign County, being its county seat, Urbana boasts a pioneering spirit, strong economy and rich, historical downtown area.

According to recent estimates,  Urbana has a population of more than 11,400 residents. Located 47 miles west of Columbus, Urbana was laid out in 1805. For a time in 1812, it was the headquarters of the Northwestern army during the War of 1812.

Urbana is the burial place of famous frontiersman Simon Kenton. Although the origin of the city’s name isn’t clear, it is thought that its early founders used the Latin word “urbs” because it means city. A review in 1939 indicated that of the 12 cities in the United States named “Urbana”, the city in Ohio was the first.

By 1833, the city had a courthouse and jail, one printing office, a church, a market house, nine stores and 120 houses.

Powered by Nearby Now
22 days ago

I completed a tune up on a Bryant air conditioner. I visually inspected the furnace. I inspected the evaporator coil. I checked the temperature difference across the coil. Checked voltage and amps. Inspected heat pump. Checked refrigerant charge, voltages and amps. I rinsed the condenser coils with water. Cycled and monitored the system. Operating normally at this time.

I completed a tune up on a Comfortmaker air conditioner. I visually inspected the furnace. Checked voltage and amps. I inspected the evaporator coil. I checked the temperature difference across the coil. Checked refrigerant charge, voltages and amps. I rinsed the condenser coils with water. Cycled and monitored the system. Operating normally at this time.

I completed a tune up on an AC. Unit functioning within specs.